Home News Disturbing Footage That Shook The World – People ‘Being SOLD At Auction’... 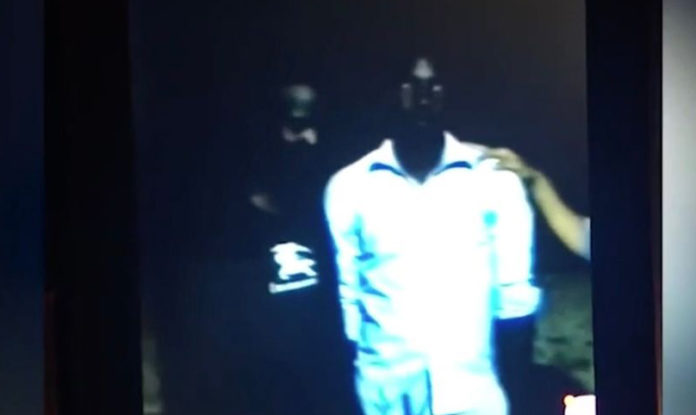 The news network revealed a ‘scene’ reminiscent of the 19th century. Auctioneers advertising a group of West African migrants as “big strong boys for farm work”.  The original CNN’s footage shows two young men that can be seen as they are standing in the dark as an ‘auctioneer shouts out their prices’.

The mobile phone footage of one such ‘auction’ obtained by CNN has prompted an international protest – with protests erupting in Europe, the US and Africa.

The Libyan government has announced it is urgently investigating claims that the migrants who cannot afford to pay traffickers for the boat journeys to Europe are being sold at auction when camps become full.

One man admitted to CNN: “Sure, I was sold” – while others claimed they were beaten by their “owners” as they put to work.

CNN claims that they have worked for several weeks to verify the footage’s authenticity before releasing it. Their reporters have gained access to one of the auctions themselves.

Carrying concealed cameras into a property outside the capital of Tripoli last month, they witnessed a dozen people go “under the hammer” in the space of six or seven minutes.

“Does anybody need a digger? This is a digger, a big strong man, he’ll dig,” the salesman, dressed in camouflage gear, says. “What am I bid, what am I bid?”

One of the migrants held in custody, a young man named Victory, says he was sold at a slave auction. Tired of the uncontrolled corruption in Nigeria’s Edo state, the 21-year-old fled home and spent a year and four months – and his life savings trying to reach Europe.

He made it as far as Libya, where he says he and other would-be migrants were held in grim living conditions, deprived of food, abused and mistreated by their captors.

“If you look at most of the people here, if you check your bodies, you see the marks. They are beaten, mutilated.”

When his funds ran out, Victory was sold as a day laborer by his smugglers, who told him that the profit made from the transactions would serve to reduce his debt. But after weeks of being forced to work, Victory was told the money he’d been bought for wasn’t enough. He was returned to his smugglers, only to be re-sold several more times.

UN International Organization for Migration (IOM), claims that it has been known for some time that young African men who want to migrate to Europe are frequently caught in trafficking networks and sold for labour in Libya. Many of them are detained, tortured, and even murdered.

Each year, tens of thousands of people pour across Libya’s borders. They’re refugees fleeing conflict or economic migrants in search of better opportunities in Europe. Most of them have sold everything they own in order to finance the journey through Libya to the coast and the gateway to the Mediterranean. But a recent crackdown by the Libyan coastguard means fewer boats are making it out to sea, leaving the smugglers with a backlog of would-be passengers on their hands. So the smugglers become masters, the migrants and refugees become slaves

First Lieutenant Naser Hazam of the government’s Anti-Illegal Immigration Agency in Tripoli told CNN that although he had not witnessed a slave auction, he acknowledged that organized gangs are operating smuggling rings in the country.

“They fill a boat with 100 people, those people may or may not make it,” Hazam says. “The smuggler does not care as long as he gets the money, and the migrant may get to Europe or die at sea.”

The Cambridge University-educated lawyer added that the victims have their ‘bodies mutilated’ and are ‘roasted like suya [shish kebabs]’.

‘They sell them into slavery and either murder, mutilate, torture or work them to death.’

Besides what is going on, thousands of migrants still arrive in Libya, and a great number of them come from sub-Saharan Africa and Africa’s Horn in the hope of crossing the Mediterranean.

Libya is a country in chaos since the overthrow of longtime dictator Muammar Gaddafi in 2011, but it more or less avoids any responsibility for the thousands of people stranded on the banks of the Med. Six years after the fall of Muammar Gaddafi, Libya is still a lawless state where armed groups compete for land and resources and people-smuggling networks operate with impunity.

Some outlets among the Libyan media are not impressed by the reporting of the slavery story by US broadcaster CNN – and have used the American president to disprove it. Libyan broadcaster 218 used a Donald Trump tweet from the weekend – wherein he attacks CNN as ‘fake news’ – to question the slavery report’s credibility.

People gathered outside the Libyan embassies in Paris and in African capitals to protest including Bamako, Mali and Conakry, Guinea. Another protest is planned in London as well later this week. Popular singers and football stars have added their voices against the crime as well.

Mirror Online has previously reported that Manchester United’s Paul Pogba, who is of Guinean descent, threw up his hands as a symbol of protest symbol after scoring a goal on Saturday. Later he posted a message on Instagram for ‘those suffering slavery in Libya’.

Ivorian reggae artist, Alpha Blondy in a Facebook post addressed the African leaders: “What are you waiting for to react and intervene???”

Furthermore many Libyans gave their support against this crime expressing horror and disapproval by using hashtag LibyansAgainstSlavery on Facebook and Twitter.

“Those of us who work in Libya have known about this for some time, but the video really brought it to the world’s attention,” said Fitzgerald, an author of a book about Libya.

The president of the U.N. General Assembly posted on Twitter he was “appalled” by the reports of slave auctions, and the African Union called for an immediate end to the practice.

Get The F**k Out Of My Country!”: Racist Threatens To ‘F*cking Murder’ White Woman...