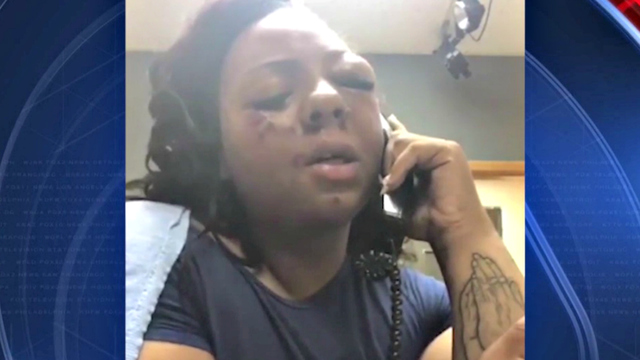 Police allege that Morris resisted arrest 3 times before police tased her as she ran away. After being shocked, she fell face forward on the sidewalk and was taken to the hospital before going to jail.

Kowalski says this is not police brutality, apparently because the injuries were caused by the sidewalk after police tased her and made her lose control of her body. He is also considering making an example of people who post before and after pictures of themselves after contact with police.

“We will definitely discuss this matter with my detective and run it past the states attorney’s office to see if there’s anything we can do legally against any individuals who is promoting these allegations against the police department,” he said.

Morris’ ex-girlfriend said police did not beat Morris, they only tased her.

Morris is facing charges of resisting arrest and trespassing.

Texas Police Chief To Miss Black Texas US Ambassador Before Having Her Arrested For...