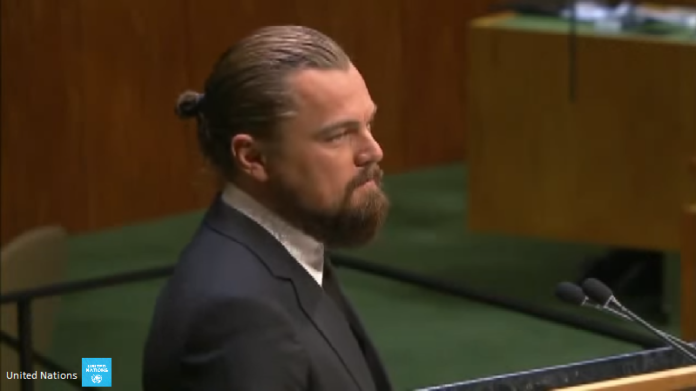 Leonardo DiCaprio has long since come out against big oil companies and their effect on the environment.  Now in an influential display of force this past fall, DiCaprio and over 2,000 people and 400 institutions have pulled out their funds in fossil fuel companies, representing an extraordinary $2.6 trillion in investments.

Pulling out their investments, or divesting, is part of a global movement to divest funds from fossil fuel industries and invest instead in new climate solutions. According to DivestInvest.org, in only three years since its conception in 2014, more than $3.4 trillion in total assets have moved money out of “planet heating fossil fuels and into climate solutions” (download their full report for the whole text).

In 1998, he created the Leonardo DiCaprio Foundation, whose mission statement is “dedicated to the long-term health and well-being of all Earth’s inhabitants”. The foundation is focused on protecting biodiversity, wildlands, and ocean conservation and most vocally, climate change. His foundation has awarded $45 million worth of grants in over 65 environmental organizations to promote economic sustainability.

In 2014, DiCaprio spoke at the United Nations Climate Summit as a Messenger of Peace, concentrating on carbon emissions and “government subsidies for coal, gas and oil companies”.

But more recently, DiCaprio addressed the World Forum in Switzerland in January of this year to receive the Crystal Award, which is given specifically to “artists and cultural leaders who are helping to address the world’s humanitarian and environmental challenges”. In his speech, he states

“We simply cannot afford to allow the corporate greed of the coal, oil and gas industries to determine the future of humanity. Those entities with a financial interest in preserving this destructive system have denied, and even covered up the evidence of our changing climate. Enough is enough. You know better. The world knows better. History will place the blame for this devastation squarely at their feet.”

HOW DOES OIL IMPACT THE ENVIRONMENT

The problem with drilling for oil are mainly the emissions and byproducts that are produced when you begin to burn petroleum products. They give off pretty toxic gases like Carbon Dioxide (C02), Carbon Monoxide (CO), Sulfur Dioxide (SO2), Nitrogen Oxides (NOX) and Volatile Organic Compounds (VOC).

There are a multitude of negative impacts from these byproducts. Carbon dioxide is a greenhouse gas, and one of the leading causes of global warming. Sulfur Dioxide causes acid rain, which harms plants and creates respiratory illnesses and heart diseases in children or the elderly. NOX and VOC’s irritate and damage the lungs through ground level ozone.

Not only do the byproducts negatively influence the air you breathe, but drilling disturbs ocean and land habitats. While there is a vast amount of oil being seeped naturally in through the ocean floor, the impact of a man-made oil spill can be devastating. In the past, most oil spills were created by issues with tankers that would begin to leak.  The BP Oil Spill in the Gulf of Mexico, however, unleashed over 206 million gallons of oil into the Gulf in April of 2010, free flowing at a rate of about 2.5 million gallons a day for almost 3 months before they could successfully plug the well.

THE CONCEPT OF CLIMATE CHANGE

Climate change, in a nutshell, is the concept that the unnatural amount of fossil fuels that humans are burning are emitting greenhouse gases (such as carbon dioxide and carbon monoxide) in such quantity that they get trapped within the Earth’s atmosphere. Skeptical Science breaks it down fairly well, also addressing the fact that climate and “weather” are completely different. The climate has no connection with your daily “hurricane, snowstorm or drought” but focuses on more long term trends in the variability of temperatures. As you can see by the NASA powered chart below, while there is major variability each year in highs and lows, the overall trend since the 1950s has increased dramatically.

Even El Nino/La Nina – which notoriously create tumultuous weather – have drastically increased since the 1950s according to NASA.

WHAT IS BEING DONE TO PREVENT CLIMATE CHANGE

DiCaprio’s foundation and the concept of divesting money from fossil fuel companies is a giant step in the right direction for reducing CO2 and other toxic gas emissions. Just in the US, according to the Forum for Sustainable and Responsible Investment, there is over $6.5 trillion currently invested in sustainable energy. Major countries such as the US and China have resolved to reduce their current greenhouse gas emissions to 26-28% below 2005 levels by 2025, which is great; the US and China currently produce the highest amount of greenhouse gases in the world. 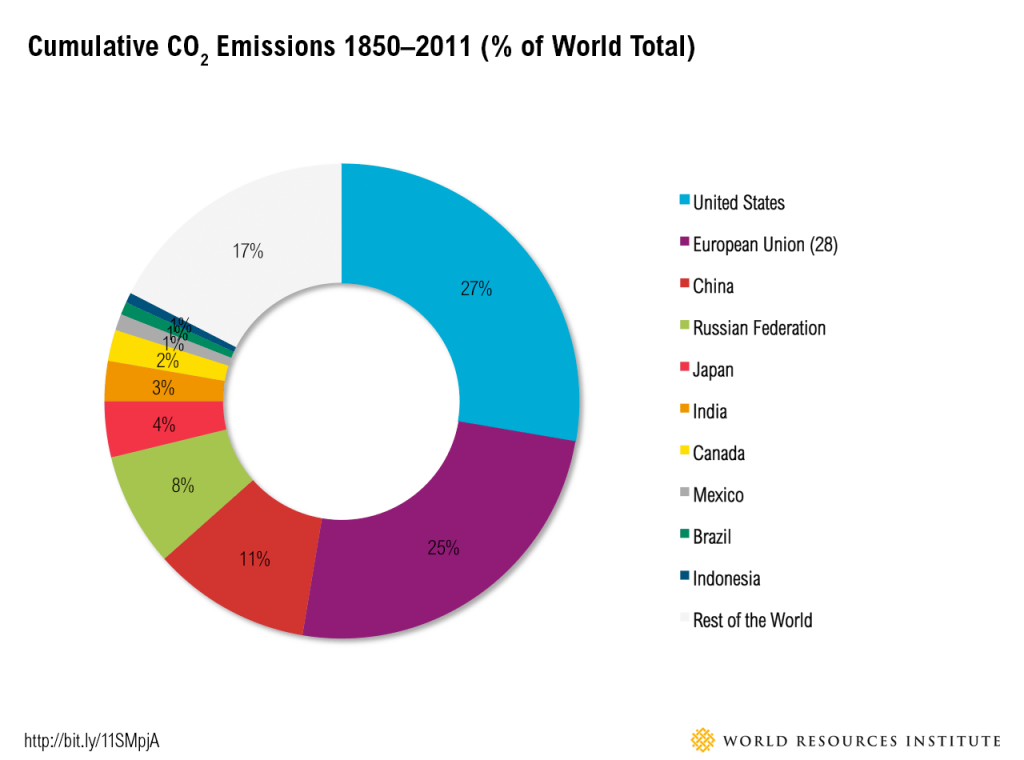 WHAT YOU CAN DO ABOUT CLIMATE CHANGE AT HOME

The National Resource Defense Council has compiled a list of the most effective ways you can start helping out to reduce carbon emissions in your home.  Some of which include reducing your heat and cooling usage or finding energy-efficient appliances that are certified with an Energy Star label, cut down on food consumption (40% of all food ends up in the landfill),  and invest in greener transportation.

With unified action, we can leave a better world for generations to come.