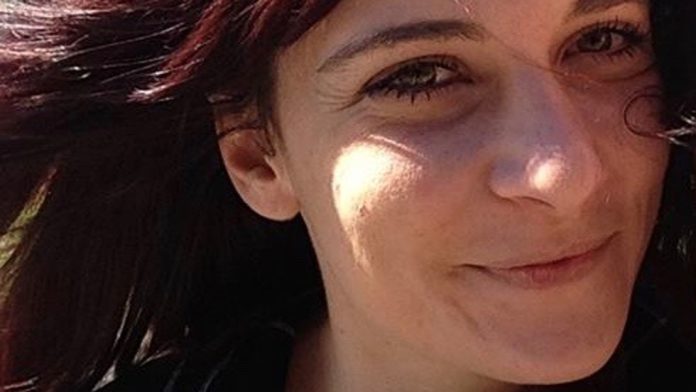 “Kelly Coltrain’s medical condition was treatable and her death preventable,” the lawyers wrote. “If Ms. Coltrain had received timely and appropriate medical care, she would not have died. Kelly Coltrain suffered a protracted, extensive, painful, unnecessary death as a result of defendants’ failures.”

Coltrain, a Texas resident traveling for a family reunion, died in jail on July 22, 2017 when she suffered convulsions while going through heroine withdrawal.

She was arrested after being stopped for speeding, and she also had previous traffic violations.

When she realized she was unable to make bail, she told jailers that she was dependent on drugs and had a history of seizures during withdrawal.

According to Coltrain’s family, Sergeant Jim Holland didn’t care and didn’t follow jail policy requiring inmates with a history of seizures to be cleared by a doctor before being locked up.

Her condition worsened over the 3 days she was locked up. Gergeant Holland even made her mop up her own vomit just hours before she died.

Shortly after being jailed, she notified a night deputy that she needed to go to the hospital for medication, but the deputy refused to provide the help she needed to live.

‘Unfortunately, since you’re DT’ing (referring to the detoxification process), I’m not going to take you over to the hospital right now just to get your fix,’ Deputy Ray Gulcynski told Coltrain, according to the investigation report. ‘That’s not the way detention works, unfortunately. You are incarcerated with us, so … you don’t get to go to the hospital when you want. When we feel that your life is at risk… then you will go,’ he added.

She was still denied treatment when she barely ate or drank, and even when she began to vomit and convulse.

Surveillance footage at 5 p.m. on July, 22 suggests she was unable to stand to mop up her vomit, and had to clean it while sitting. Sgt Holland was kind enough to point out the spots she missed before taking the mop back and still refusing her medical help.

About an hour later, Coltrain began to violently convulse, and stopped moving at 6:26 p.m.

It was 6 hours before Officer Gulcynski went to her cell to move her to a different cell. He found her dead.

He reported her as dead, but no one called paramedics. They just left her laying there for another 5 hours.

At 5:48 a.m., a forensic technician arrived to investigate the death.

Drones Are Delivering Drugs and Contraband Into California Prisons