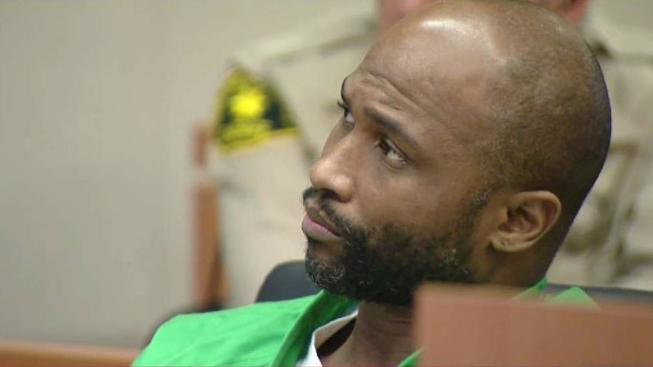 Jefferson’s shirt was ripped by officers as he threw a few punches that missed while trying to fight off the officers.

Officer Matthew Ruggiero hit Jefferson with a baton, and Jefferson defended himself by punching the officer in the face.

Several more officers showed up and they wrestled Jefferson to the ground.  At the end of the video, blood can be seen on the concrete near Jefferson’s head.

Police allege the blood was Ruggiero’s, and it just happened to be right where Jefferson’s head was located.

Although Jefferson only appeared to connect with 1 punch, police say Ruggiero suffered a broken nose, jaw and other facial fractures.

Jefferson’s public defense attorney argued that his client was only reacting to police grabbing him while was simply walking.

The officer who recorded the video on body camera said officers were concerned because the color of Jefferson’s clothing was similar to colors worn by some nearby protesters. Some of the people wearing similar colors were allegedly violent.

“He had not been patted down, he hadn’t been checked for weapons, we had previously found weapons on other members attending the protest. So my safety and officer Ruggiero’s safety was the primary concern at this point,” the officer said.

Bill To Audit The Fed Has Been Approved, Could Become Law – Anti Media...