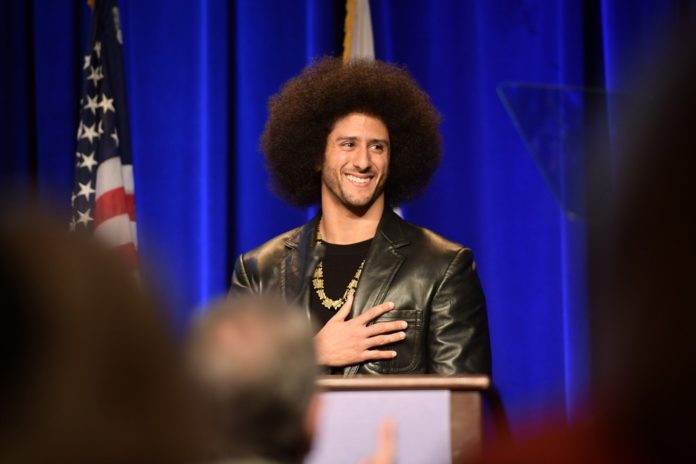 The letter begins, “It is with great dismay that we were made aware of a letter that you received from the National Association of Police Organizations (NAPO) regarding the use of Colin Kaepernick in your ‘Just Do It’ advertising campaign. The National Black Police Asociation (NBPA) is not in agreement on this matter and we strongly condemn the call for police officers and their families to boycott Nike and its products.”

Pruitt continued, “NAPO believes that Mr. Kaepernick’s choice to openly protest issues surging police brutality, racism and social injustices in this country makes him anti-police. On the contrary, the NBPA believes that Mr. Kaepernick’s stance is in direct alignment with what law enforcement stands for—the protection of a people, their human rights, their dignity, their safety, and their rights as American citizens.”

The letter also noted, “For NAPO to presuppose that Mr. Kaepernick has not made sacrifices because he did not die on a battlefield, shows you just how out of touch NAPO is with the African American community.”

This letter shows that many police officer support Kaepernick and they do not believe he is simply anti-police or anti-military as NAPO wants to deceive people into believing.